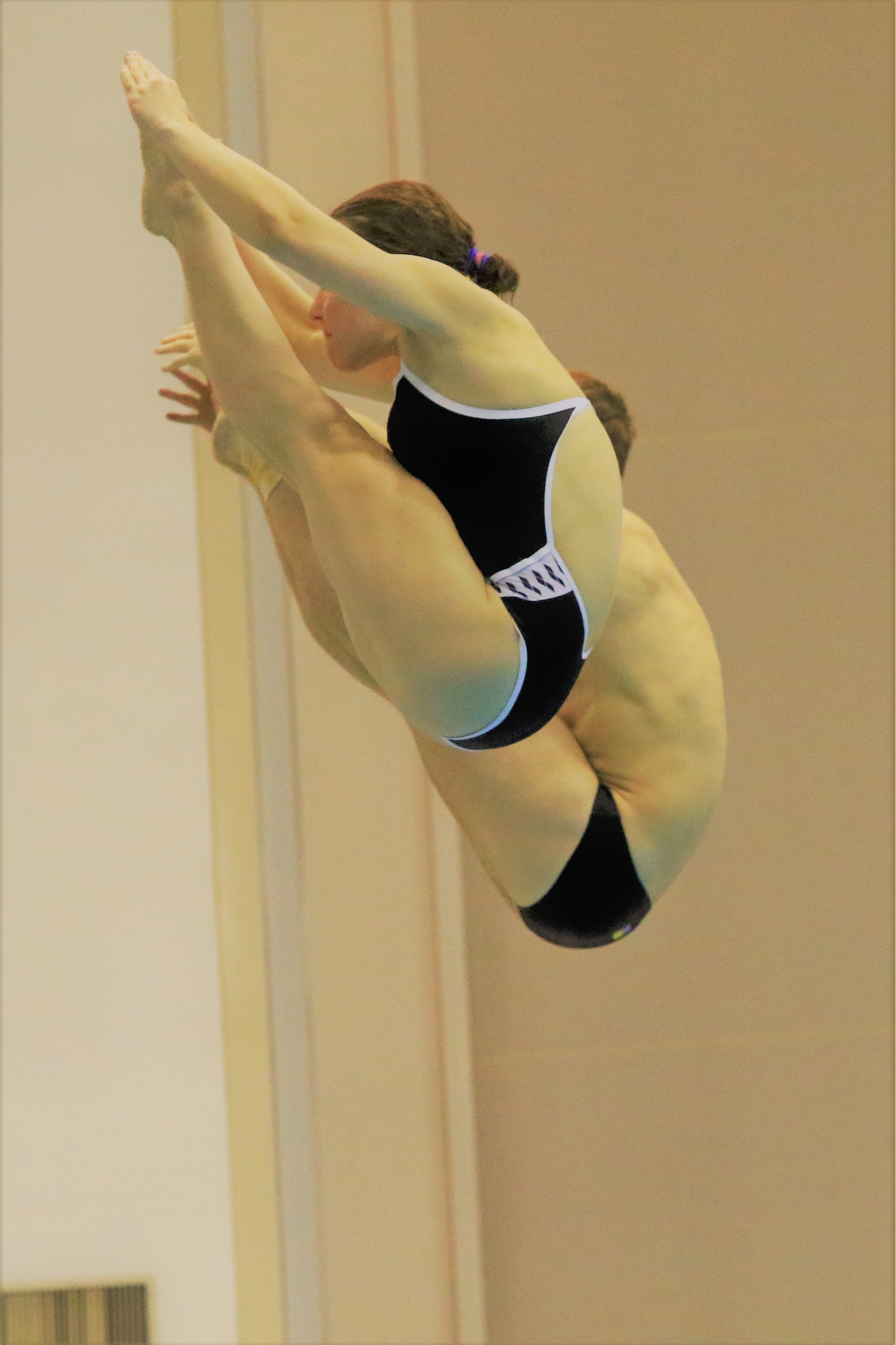 On Sunday, we saw the mixed final from the 3m springboard with four couples from Germany, Switzerland, Great Britain and Ukraine. Frithjof Seidel and Jana Lisa Rother entered the competition for Germany.

As with all synchronised competitions, the couple needs to perform the same dive from start to finish. As not all women can perform the same dives as their male partner and likewise, choosing the perfect partner is not that easy. Either male divers have to ensure that they use less force when they perform their dive or female have to put more force behind theirs. In the end, they should be completely harmonious, as any differences will reflect negatively on the couple’s score.

In this competition, the level of difficulty was similar among all couples, which made comparing them especially interesting.

Victoriya Kesar and Stanislav Oliferchyk (UKR) catapulted themselves from rank 3 to rank 1 with their second dive and remained in first position until the very end of the competition. They won with 305,61 points. Silver goes to Switzerland’s Michelle Heimberg and Jonathan Suckow who scored 282,30 points. Germany’s Jana Lisa Rother and Frithjof Seidel scored 277,17 points and won the bronze medal.

Congratulations to all athletes!