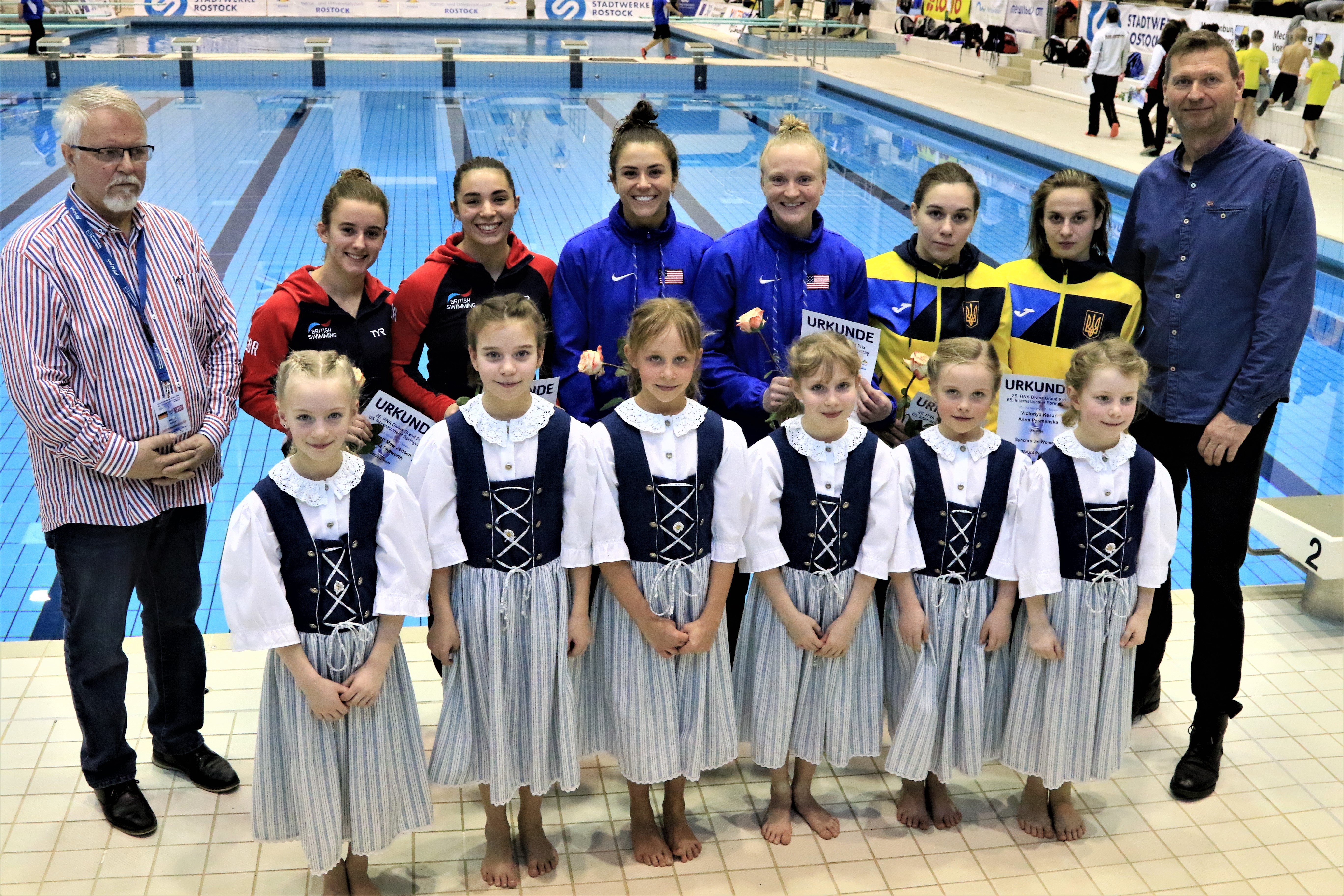 The seven teams displayed five dives each. Their first two dives were mandatory dives with a difficulty of 2.0. The following dives were so-called electives with an unlimited difficulty and numerous twists and somersaults.

In synchronised diving competitions, it is not only the execution that is being judged. The synchrony of both divers is equally important. A new regulation that has been introduced last year is that both divers have to dive straight into the water, even if one or both of them are making a technical mistake. In earlier synchro competitions, there were no deductions from the synchrony score despite technical errors. This has changed now.

Our athletes did not have to worry about this new rule, though. All athletes performed on a high level and really drew in the croud.