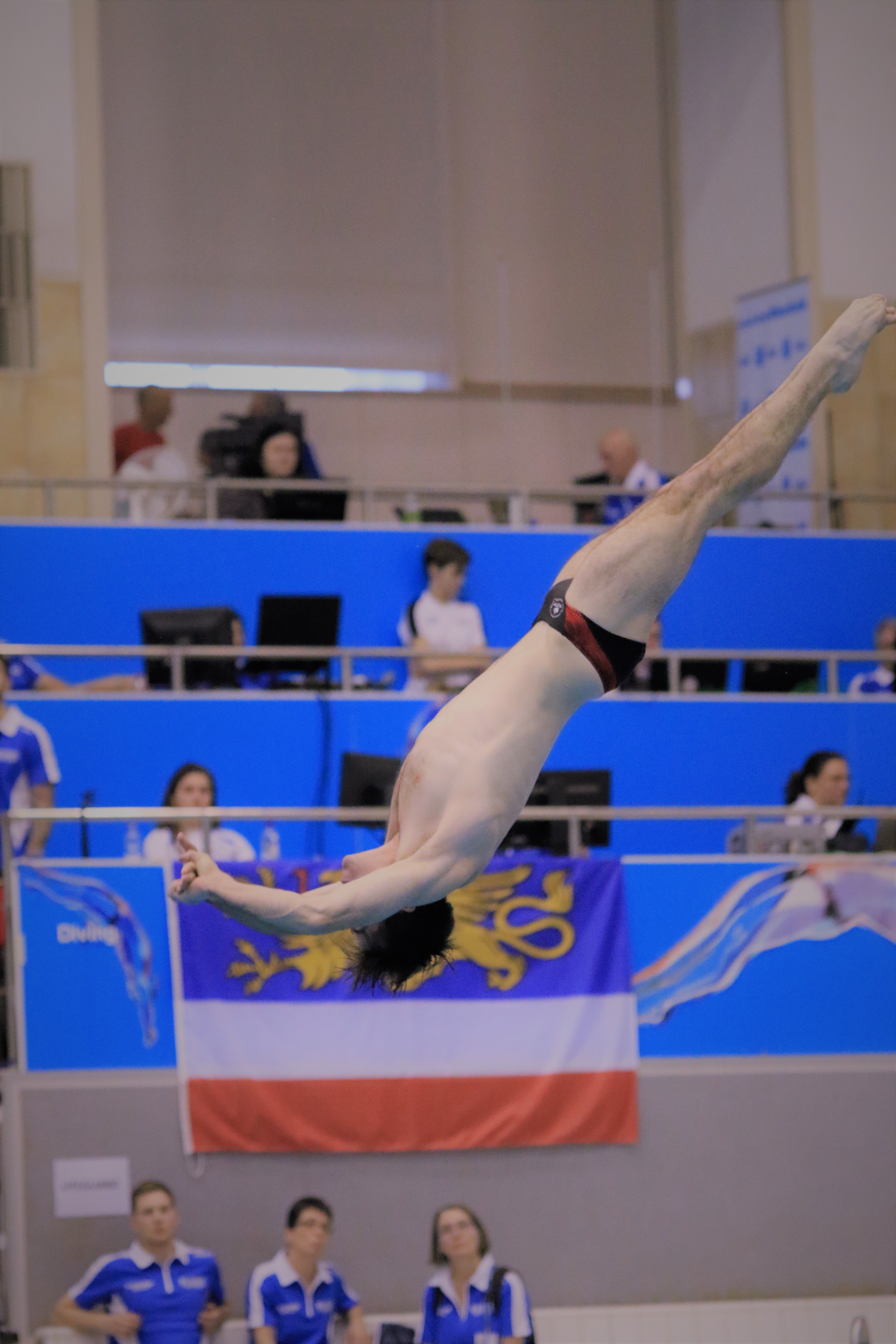 After a short break, the men returned to the platform for the semi-finals. Here, the winners of the preliminaries started in reversed order, meaning that the diver who achieved the smallest amount of points in the preliminaries started the competition. Those paying real good attention might have noticed that France’s Matthieu Rosset was missing from the semi-finals. He pulled out for health reasons and left his spot to Jack Matthews from America.

In both semi-finals, all six athletes once again performed six dives from different dive groups with no limit in difficulty.

Canadian Tyler Henschel led the first semi-final right from the start. His first dive earned him 83,25 points and he was able to defend his lead until the very end. Ranks 2-5 saw constant movement with the order changing after every single dive. After six rounds, Tyler Henschel (CAN), Martin Bang Christensen (DEN) and Lucas Thomson (GBR) qualified for the final.

The second semi-final was equally exciting. Ruslan Ternovoi (RUS) continued his successful series from the preliminaries. Once again, he took the lead with his first dive and kept it until the end of the competition. Qualifiers 2 and 3 are Matthew Dixon (GBR) and Ethan Pitman (CAN).

Congratulations to all athletes, we‘re looking forward to the final!