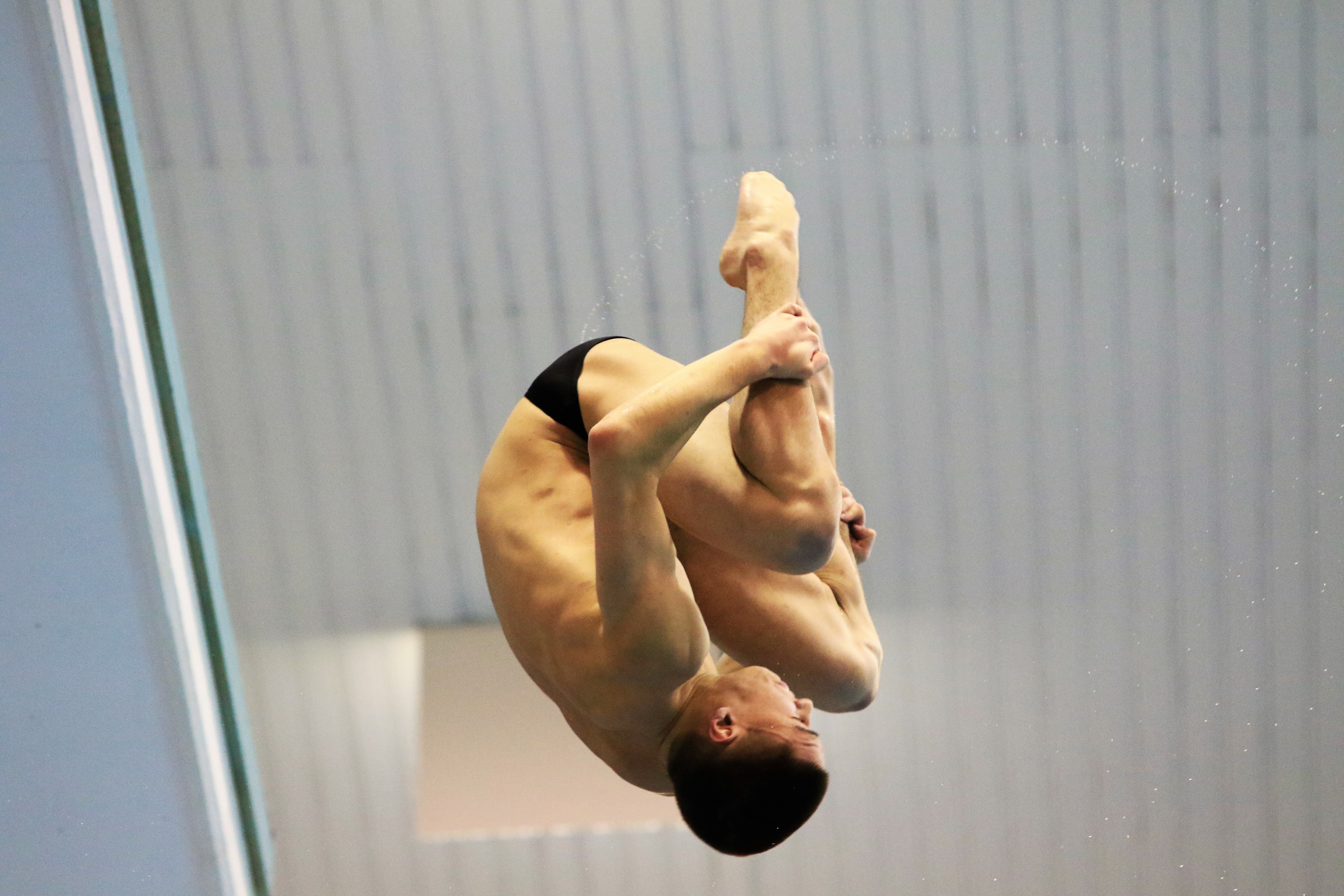 At the beginning of the day, we went right up to the platform for the men’s platform preliminaries with 30 athletes from 16 different nations.

As always, all athletes had the same goal: Collecting as many points as possible and bagging a place in the semi-finals. An important fact for all diving newbies: all nations that enter with more than two divers can only go into the next round with their two best athletes.

All dives had to be chosen from different dive groups. There was, however, no limit to the difficulty, which clearly showed on the dive sheets. Jordan Rzepka from the United States performed the most difficult dive.

Due to the strong group of participants, everyone ranked very closely to each other with minimal point differences – guaranteeing a highly attractive competition for all viewers who came to the pool this morning.

Congratulations to all semi-finalists.