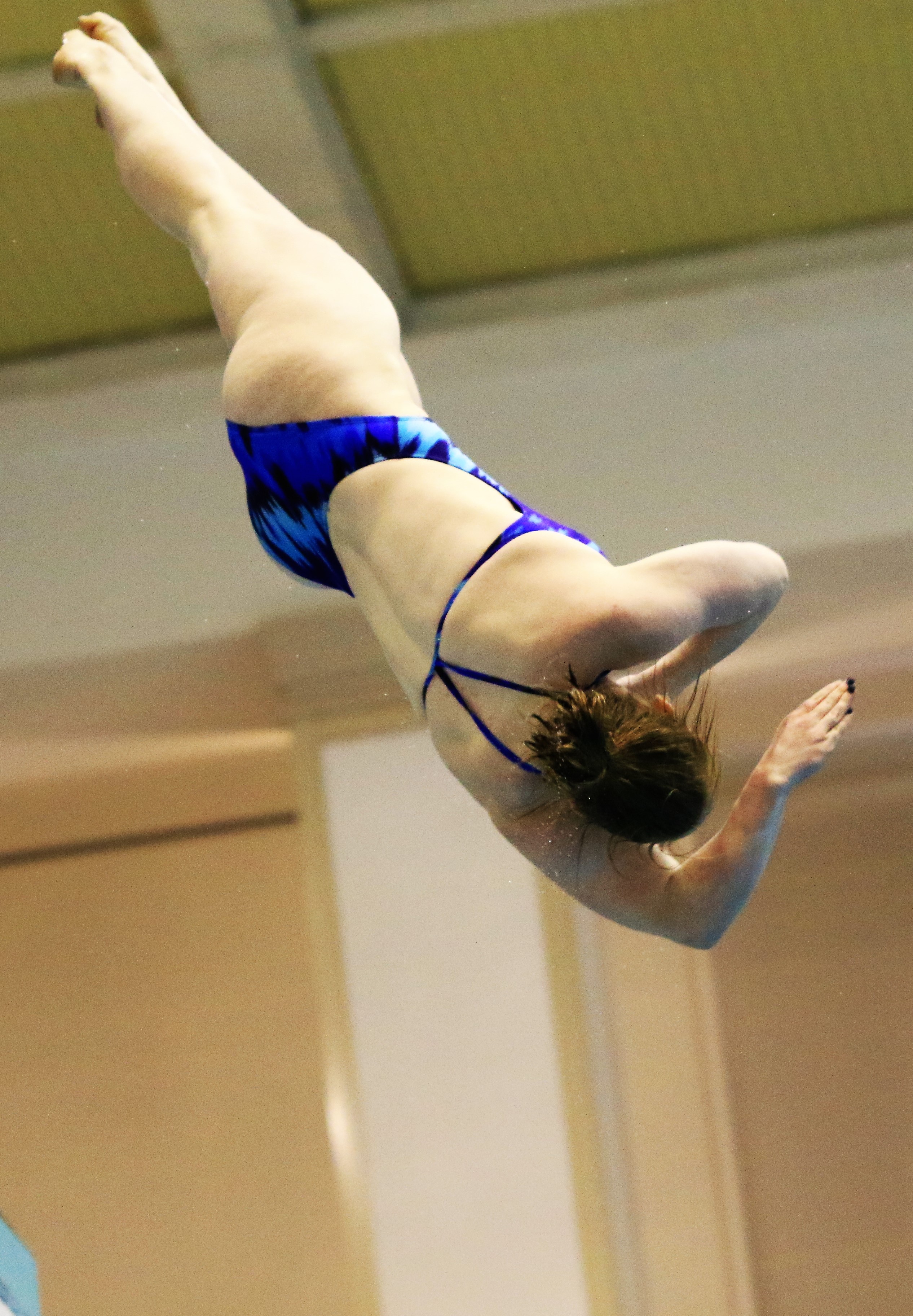 After long but exciting preliminaries in the morning, we continued the day with the semi-finals. In each semi-final, six athletes performed five dives each – hoping to land in the top 3 and therefore, the final in the afternoon.

In the first semi-final, the favourites were quickly determined.  Brooke Christine Schultz(USA) won in front of Margo Erlam from Canda and Maria Papworth (GBR) with 309,45 points.

Tina Punzel dominated the second semi-final and defended her first place throughout the entire event. With each dive, she brought more space between herself and competitors Anna Pysmenska (UKR) and Uliana Kliueva (RUS). An unfortunate 0 points were awarded to Great Britain’s Yasmin Harper for a failed dive.

Congratulations to all athletes and good luck in this evening’s final!