It is my great pleasure to welcome you all to the FINA Diving Grand Prix 2020, a...

Power, patience and elegance Dear athletes, A very warm welcome to the 65th In... 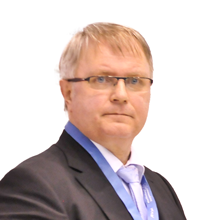 I would like to extend a special warm welcome to everyone at this years FINA Diving Grand Prix Rostock; an exceptional sporting event in northern Germany and even beyond. Less than a year after opening of the “Neptunhalle”, Max Kinast and Heinz Kitzig had the idea for the “Springertag”; conceived as a competition for teams from seven countries bordering the Baltic Sea.

Since 1956 the competition has established itself as an internationally recognised ambassador for what we consider the most elegant sport in the world. Now we are holding our 65th “Springertag”. That is indeed a very respectable and solid age. Congratulations! Many former starters mingle with the audience this year; so, there is good chance that you will suddenly sit next to a former Olympic and World Cup medalist. Tradition alone is no guarantee of survival in the constantly changing world of sports these days. Not least because of Rostock’s inclusion into the FINA Diving Grand Prix and the commitment of the trainer team, we have managed to go through the difficult German post-reunification period, keeping the competition attractive for international teams.

Together with the Hanseatic- & University City of Rostock and the state of Mecklenburg-Western Pomerania, our association has been able to lay out the foundations to secure the FINA regulations for the implementation of a diving grand prix. Sporting events like ours and in such quality couldn’t exist without sponsors and supporters. For this reason we want to thank our long-term main sponsor Stadtwerke Rostock AG, as well as Landesmarketing Mecklenburg-Western Pomerania, Intersport Gü Sport GmbH, HEAD, InterCity Hotel Rostock, RSAG, Handelshof Rostock, Störtebeker Brewery in Stralsund and all other companies, organisations and retailers which are also important for the event. An overview of all sponsors can be found at www.springertag-rostock.de in the section Sponsoren.

I want to wish us a fair competition and an exciting 65th birthday. Who knows, maybe we can set a new record, e.g. in the number of participants and / or spectators. That would be a nice present for everyone who cares about the “Springertag”